Pharma drug cartel just changed the definition of “high blood pressure” to trick HALF of U.S. adults into “treatment” with high-profit prescription drugs 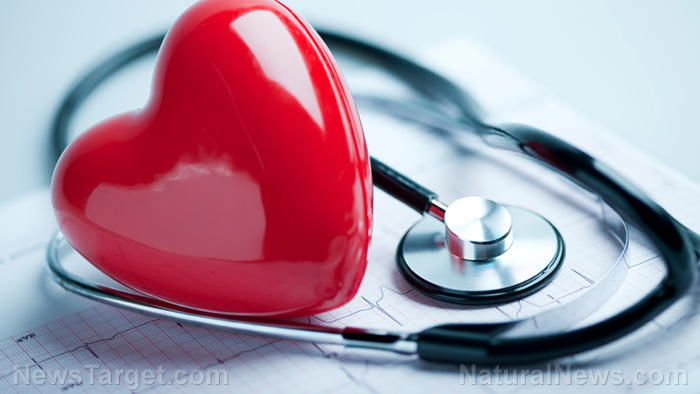 The pharma drug cartel has become not just a total joke to medicine and science, but increasingly a threat to the health and safety of the American people. In the latest medical hoax to generate profit from the mass medication of nearly everyone, the American Heart Association — a quack medicine front group for the pharmaceutical industry — announced a new definition of “high blood pressure” that means half of U.S. adults suddenly have a “disease” requiring “treatment” with high-profit pharmaceuticals.

This total quackery of disease definition creep is one of the favorite ploys of the profit-driven drug cartels in the United States. (It’s called “Disease Mongering.”) A few years ago, “high cholesterol” was redefined as part of a tactic to boost statin drug sales (which now generate billions in revenue each year). Suddenly, doctors all across the country were prescribing statin drugs to patients who, just a week earlier, had no “disease” at all. But thanks to the AHA’s collusion with the drug industry to artificially lower the acceptable level of cholesterol in the body, tens of millions of Americans were spontaneously diagnosed with “high cholesterol.”

Overmedication of the population, you see, has become Big Pharma’s primary business model. And to achieve higher sales, the drug companies have to convince more and more people that they’re sick (even when there’s nothing wrong with them at all).

Drug companies, you see, are no longer in the business of merely treating truly sick people, but rather moving the goal posts of “disease” to ensure more and more otherwise healthy people qualify for drug treatment. The AHA, of course, goes right along with this scam.

It’s all explained in this CBS News opening paragraph which accidentally spills the beans on this prescription drug scam:

New guidelines lower the threshold for high blood pressure, adding 30 million Americans to those who have the condition, which now plagues nearly half of U.S. adults.

Notice that CBS News goes right along with the quackery, stating that high blood pressure “now plagues nearly half of U.S. adults.” But last week, no such “plague” existed at all. So what changed overnight? The definition of high blood pressure, of course. Suddenly, it’s a “plague,” according to CBS News (which of course takes money from Big Pharma).

What you are witnessing in all this is a massive medical hoax being perpetrated on the American people by a legal drug cartel involving the AHA, drug companies, pharma-funded mainstream media and doctors who earn kickbacks and bribes from pushing these dangerous drugs. It’s not just drug companies, either: Medical device manufacturers are also running outright scams, too, such as the heart stent manufacturers whose products have just recently been shown to be medically useless. We’ve known that for a long time, having reported a decade ago on how drug-coated heart stents actually cause a 400% increase in deaths of heart attack patients.

It’s all organized by the American Heart Association, whose president just had a heart attack at age 52

In case you’re wondering just how credible the AHA really is when it comes to heart health, AHA president John Warner recently suffered a heart attack. He’s only 52 years old. Under his guidance, the AHA is the same quack group that recently attacked coconut oil as being unhealthy and dangerous.

Yes, according to the AHA, all Americans should stop consuming coconut oil and start taking high blood pressure drugs and statin drugs. Because drugs, you see, are considered “nutrition” in the eyes of the pharma shills, while real food is considered heresy. (“How dare you eat a coconut that costs a dollar? Here, take this pill that only costs $200…”)

Perhaps AHA president John Warner simply needs to take more pharmaceuticals. After all, that’s his advice for everyone else. But if pharmaceuticals prevent heart attacks, then why didn’t they work for him? (Answer: Because it’s all a massive medical hoax. Prescription drugs don’t make your heart healthy. Only nutrition, exercise and healthy lifestyle choices can accomplish that.)

How the AHA is destroying the health of Americans, bankrupting the nation and making Big Pharma filthy rich

Sadly, many Americans know so little about health, nutrition and Big Pharma collusion that they might actually believe the new guidelines for high blood pressure. This means tens of millions of Americans will now likely be put on high-profit blood pressure drugs… and this is on top of the statin drugs, psychiatric drugs and anxiety medications they’re already gobbling up in insane quantities. This is how we now live in a world where over half of the population of 65 is now taking at least five drugs a day, as reported in The Telegraph.

We are now living in an overmedicated world of drugged-up patients who are viewed by the drug industry as biological vessels for dumping high-profit chemicals under the guise of “treatment.” At this pace, it won’t be long before newborn children are instantly diagnosed with blood pressure problems, cholesterol problems and brain chemistry problems, then mercilessly drugged from their very first day.

That’s the goal: Cradle-to-grave mass medication of every living human being on the planet. That’s Big Pharma’s ultimate aim, and as long as people are stupid enough to go along with all their junk science and marketing fraud, Big Pharma will increasingly drug everybody in the world with their toxic, deadly chemicals that are falsely named “medicines.”

In truth, the healthiest people living today take no drugs at all. If you want to be healthy, focus on nutrition, superfoods, exercise, stress reduction, avoidance of environmental toxins and achieving quality sleep. Doctors and drug companies don’t make you healthy; they just make themselves rich at your expense. And at the same time they’re exploiting you for profit, they’re also bankrupting the nation, polluting the environment (with pharma drugs now found in the public water supplies of major U.S. cities) and destroying innocent lives.

It is precisely these kinds of quackery-based pharma marketing scams that are now waking people up to the greater truth: Big Pharma has become a scourge on our world and must be stopped. The mass medication of every living human is not medical “treatment” but rather the perversion of medicine and a growing chemical catastrophe with dire global consequences.

Medical patients across the western world are now being drugged into oblivion while nations are being bankrupted by associated health care costs. Big Pharma has mastered the art of extracting money from the economy by transforming human beings into drug receptacles, with the goal of dumping an ever-increasing number of drugs into the same human bodies, all while billing state-run health care systems to collect obscene profits. This entire cycle of medical stupidity has nothing whatsoever to do with health, compassion, science, medicine or disease prevention. It is purely about maximizing the number of prescriptions written for people, even if those people have nothing wrong with their health.

Yet the pharmaceutical giants wield so much power and influence that they’ve taken over the science journals, medical schools, mainstream media outlets and even government regulators. In effect, they have transformed America into a “pharma state” where much of the political power, economy, “science” and culture now centers around the mass drugging of everyone. But I ask a simple question: After gobbling all these drugs in unprecedented quantities, are Americans healthier today than they were two generations ago? Not by a long shot. If anything, Americans are now more diseased than ever before. Clearly, the drugs aren’t working, because if they did, we’d be the healthiest nation on the planet.