Legal drugs kill more people than illegal ones: Research shows prescription drugs are the 3rd leading cause of death 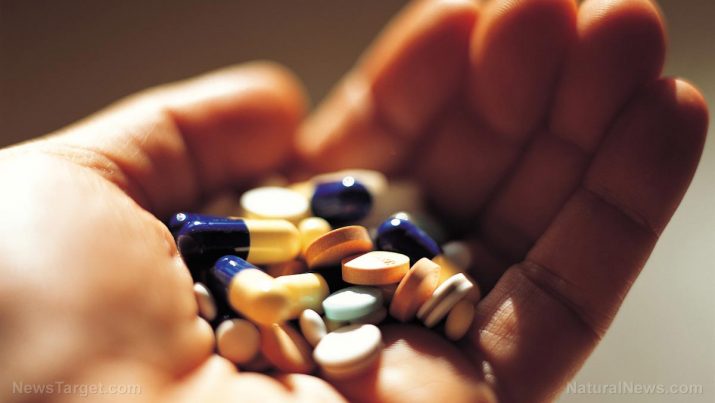 According to Peter C. Gøtzsche, a Danish physician and medical researcher, prescription drugs are the third leading cause of death after heart disease and cancer.

Based on the findings that Gøtzsche studied, it is possible that “psychiatric drugs alone are also the third major killer,” and this is primarily due to antidepressants causing the deaths of many elderly people through falls. It is apparent that the system we have for “researching, approving, marketing and using drugs” is “totally broken.”

However, the vast majority of the deaths can easily be avoided. Non-steroidal, anti-inflammatory drugs (NSAIDs) are connected to a huge death toll, usually because they result in bleeding stomach ulcers and myocardial infarction, and the majority of these deaths could have been prevented if they weren’t given drugs or paracetamol. Placebo-controlled studies have disproven the idea that NSAIDs have an anti-inflammatory effect.

Antidepressant drugs are another “major killer” that people don’t need. Their effect on depression is debatable, and the standard outcomes are highly subjective, like a score on a depression scale.

Trials must be adequately blinded for accurate results, but they aren’t. Majority of patients and doctors can often guess if the drug is active or a placebo because of the drugs’ distinct and common side effects. However, if atropine is added to the placebo to more effectively blind the trials, the effect disappears. There is a chance that many other drugs that have no true effect, like anticholinergic drugs for urinary incontinence and anti-dementia drugs, also “have cerebral side effects and can kill patients.”

A lot of these drug-related deaths are “invisible.” People get myocardial infarctions and hip fractures even if they don’t take drugs, and general practitioners don’t know that they kill at least one of their patients annually.

Gøtzsche offered some simple solutions to deal with this “deadly drug epidemic.” Doctors can “make fewer diagnoses, prescribe fewer drugs, and tell the patients to read the package insert on the internet.” After learning more about what is prescribed to them and the negative side effects associated with it, people might change their minds about taking any drugs in the first place.

Gøtzsche is also the leader of the Nordic Cochrane Centre at Rigshospitalet in Copenhagen, Denmark and the co-founder of the Cochrane Collaboration. He is the author of various books on evidence-based medicine, and he believes that “a life without drugs is possible for most of us most of the time.”

If you are feeling pain or want to lower your cholesterol, try these natural alternatives to legal drugs instead:

You can read more articles about other natural cures at Healing.news.